Your support helps to honor those men who gave the ultimate sacrifice — names which might otherwise be forgotten. 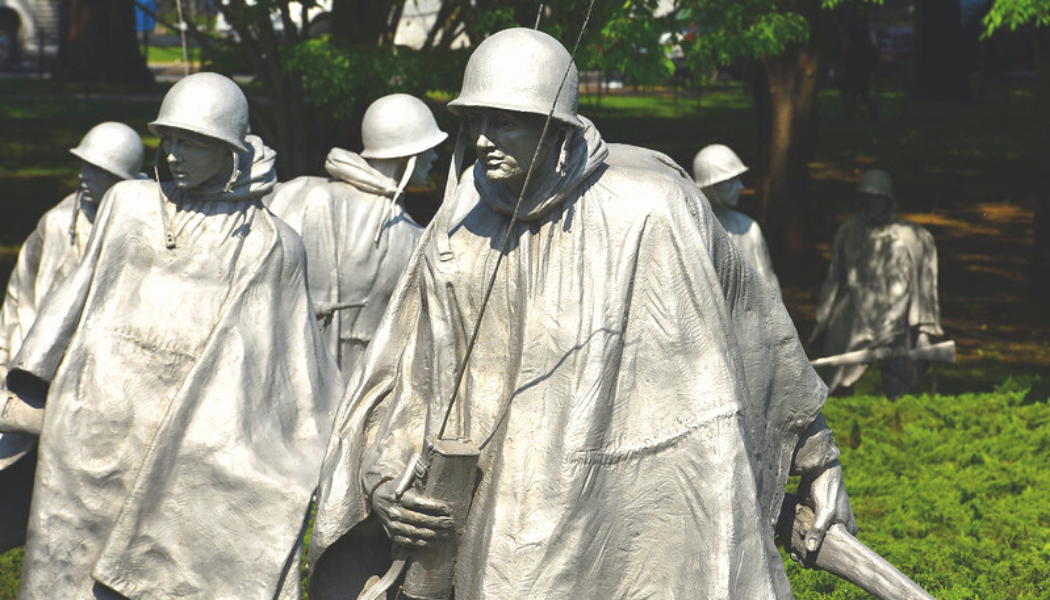 Your support helps to honor those men who gave the ultimate sacrifice — names which might otherwise be forgotten.

​The Korean War Veterans Memorial located on the National Mall in Washington, D.C., is one of the most inspiring war memorials in our Nation's Capital.

The United States and South Korea share a long history of friendship and cooperation based on shared values and interests. This alliance was set in motion by the invasion of South Korea on June 25, 1950. For three years, the fighting on the Korean Peninsula raged. By the time the Armistice was signed on July 27, 1953, 36,574 American military personnel and over 8,000 Korean Augmentation to the United States Army (KATUSA) gave their lives defending the people of South Korea from aggression and ensuring their freedom.

In October 2016, Public Law 114-230, the Korean War Veterans Memorial Wall of Remembrance Act, was passed, tasking the Foundation with raising the funds necessary to build and establish a Wall of Remembrance to be incorporated with the existing Memorial. The Wall will become the permanent home to the names of those who died fighting for freedom on the Korean Peninsula.

It is our mission to build the Wall of Remembrance and educate the more than four million people who visit the Memorial each year, the costs of war and to honor this with great reverence.

Should You Prefer to Give by Check: Please make checks payable to the Korean War Veterans Memorial Foundation and mail your donation to: